The Large Scale Computing in Grids (LaSCoG) workshop originated in 2005, and when it was created we have stated in its preamble that:

“The emerging paradigm for execution of large-scale computations, whether they originate as scientific or engineering applications, or for supporting large data-intensive calculations, is to utilize multiple computers at sites distributed across the Internet. In particular, computational Grids are collections of distributed, possibly heterogeneous resources, which can be used as ensembles to execute large-scale applications. While the vision of the global computational Grid is extremely appealing, there remains a lot of work on all levels to achieve it.”

While, it can hardly be stated that the issues we have observed in 2005 have been satisfactorily addressed, a number of changes has happened that expanded the world of large-scale computing. Today we can observe emergence of a much more general paradigm for execution of large-scale applications, whether they originate from scientific or engineering areas, or they support large data-intensive calculations. These tasks utilize computational Grids, cloud-based systems and resource virtualization. Here, collections of distributed, possibly heterogeneous resources are used as ensembles to execute large-scale applications.

This being the case, we have decided to keep the LaSCoG workshop tradition alive, but to co-locate it with a conference, which will have an appropriately broader scope. This is how the Workshop on Scalable Computing in Distributed Systems (SCoDiS) emerged.

The LaSCoG-SCoDiS'14 pair of events shares a joint Program Committee and is envisioned as a forum to promote an exchange of ideas and results aimed at addressing sophisticated issues that arise in developing large-scale applications running on heterogeneous distributed systems.

Covered topics include (but are not limited to):

FedCSIS is organized by :

FedCSIS 2014 Proceedings will be submitted for indexation to: 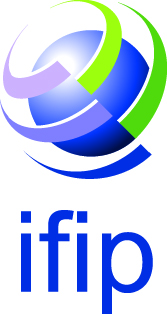 Committee of the Computer Science
of the Polish Academy of Sciences